The environmental conference on the climate crises called COP 27 in Egypt is coming to a close this week and the voice of the Catholic Church calling for climate justice and restitution payments for the loss and damage caused by the industrial nations against the poor was heard. Many in the hard-hearted rich industrial countries refuse to admit and accept their responsibility and liability for causing the climate crises.

These are the powerful hidden forces of industry that capture government departments and compromise and bribe politicians and bend them to their will. Their will is for all to deny that there is a climate crisis and leave the world as it is, consuming fossil fuel non-stop. The planet is heading for a cliff at full speed, as UN Secretary General Antonio Guterres said, with the deniers and obstructers’ foot hard down on the accelerator. The tipping point of no return will soon be reached when the heating cycle of the planet continues indefinitely. Life on earth will be unbearable for creatures, plants and humans, the experts say.

Paying reparations for harm being done to poor nations is an urgent matter of conscience, according to Archbishop Nicolas Thévenin, Apostolic Nuncio to Egypt and deputy head of the Holy See’s delegation. He said that the rich industrial nations must pay compensation for polluting the planet and damaging the lives and environment of everyone else. In other undiplomatic words, the rich countries must stand up and pay up.

“It is imperative that we build bridges of solidarity. Those who are most vulnerable to the ravages of climate change are urgently calling for real support in this moment of crisis.” He said “to ignore them [those affected by climate crisis] would be a failure of conscience.”

Pope Francis in Laudato Si teaches that all humans have to save the environment and the planet from the destructive forces of irresponsible governments and industry that cause global warming and the massive disasters that are happening around the world.

The damage to small countries from floods, typhoons and drought is immense and is brought upon them by irresponsible governments that approve coal and oil power stations and are paying oil companies a trillion dollars in subsidies to explore for more oil and gas. This is extreme hypocrisy and a total contradiction to their statements in the past and today at COP 27 where they vow to reduce CO2 and methane levels in the atmosphere. In fact, they are increasing the emissions of CO2.

The Philippines has 28 polluting coal-fired plants and industry moguls and some government cronies and politicians under their influence are demanding to build 20 more coal plants. Public opinion is steadfast against anymore and clamor for the free renewable power from nature. The tycoons and government must invest in low-cost renewable energy generating sources like wind, solar geo-thermal, hydro and biomass. The oil companies worldwide are among the worst in causing CO2 and toxic contamination.

The Papal encyclical has inspired many to join The Laudato Si Movement (LSM) of committed lay people, priests, religious, and hopefully bishops. Working together with many organizations, they are committed to saving the planet by raising awareness and inspiring action to reduce global warming and CO2 emissions.

The objectives are “To urge political, business and social leaders to commit to ambitious climate action to solve this urgent crisis and keep the global temperature increase below 1.5 degree Celsius (relative to pre-industrial levels). They can be found at www.Laudatosi.org

The one group they overlooked to mention by name is the bishops of the world. They need to be inspired, motivated and challenged to act and help save the creation from global warming. Sadly, not all bishops in the USA support Pope Francis on his stand in Laudato Si. Many are silent and some misleading on climate change, says a research by Creighton University in Nebraska.

If bishops around the world took up the call of Pope Francis and began their own environmental-changing project in their diocese and plant at least 1,000 tree saplings and care for them, that would be a great contribution. They could teach by example and encourage every parish to have its own tree planting project. They could offer a prize for the best effort.

The bishops and priests can roll up their sleeves and get out of the comfort of their palaces, rectories and cloisters and lead the people in planting trees. It’s a powerful way to teach the Gospel values and inspire and unite a parish. Action for climate justice is a great encouragement to the youth and the next generation so that they will see life-giving forests. If bishops are called leaders, then they should lead by example. In the Philippines, a few brave courageous bishops have stood for human rights and justice and sacrificed themselves for the sake of the poor and exploited and got arrested and charged. We need many more bishops to build faith and follow the example of Jesus of Nazareth and courageously take a stand for the environment.

It is a matter of faith, too, as Jesus taught that truth, goodness, love and action for justice will overcome evil. The willful pollution and causing a climate crisis against the creation is evil. We must act. As St. James said, “Faith without action is dead” (James 2:26) When people act together to do good and help each other, that is faith in action.

The forests give life, oxygen, water and protection from storms and landslides. Trees are fantastic absorbers and digesters of the CO2. They give off clean, healthy oxygen in return. Planting trees is an action that communities and school children can do together. If the bishops and priests in a diocese were to join them in a tree planting project, the people would not faint in shock. They would applaud and be inspired to do even more to save the “common home.” This year, instead of buying a cut tree for Christmas, plant one instead.

Irish missionary Father Shay Cullen, SSC, established the Preda Foundation in Olongapo City in the Philippines in 1974 to promote human rights and the rights of children, especially victims of sex abuse. The views expressed in this article are those of the author and do not necessarily reflect the official editorial position of OeconoMedia. 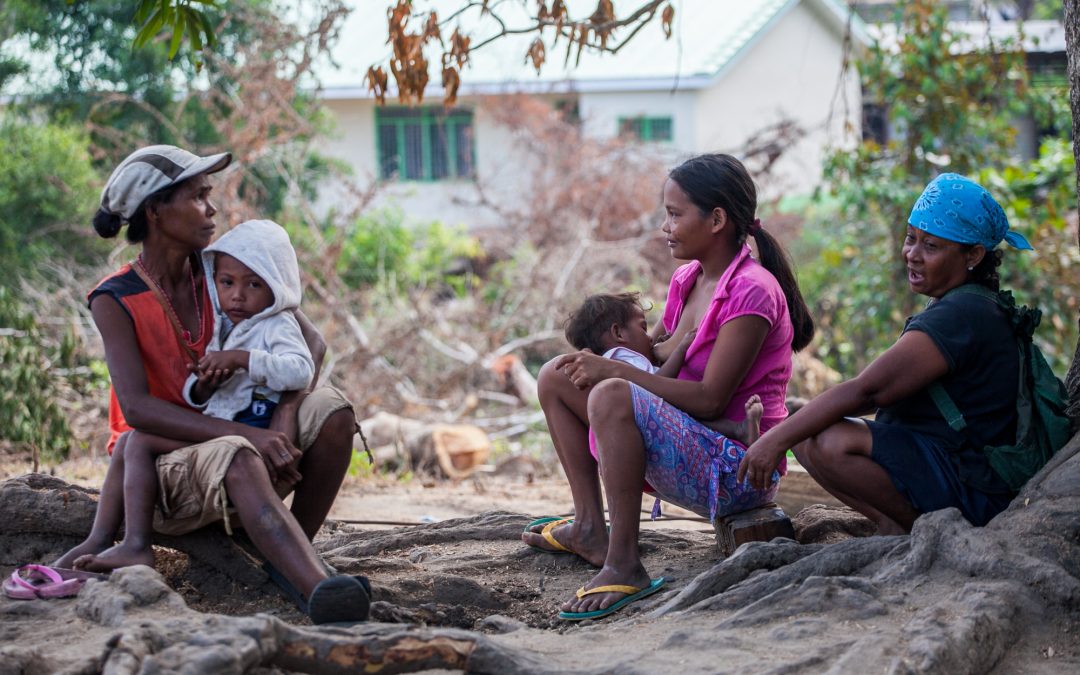 The poor and the planetary crisis

As we have repeatedly seen, whether at the national or international level, weak commitments lead to poor implementation

Climate science states that the span of opportunity ahead of us to act is short. There is no time to waste in making the necessary political decisions.