In a homily, he paid tribute to a slain Dumagat leader who fought against the construction of a mega-dam inside the ancestral lands.

The Catholic priest is an advocate of indigenous peoples’ rights and the environment and has been leading some of the congregation’s social action programs in far-flung communities.

After the incident in March 2021, Bercasio was forced to temporarily leave his post and seek sanctuary elsewhere.

On July 22, a tarpaulin was posted outside the compound of the Redemptorists’ Laoag Mission Community tagging the missionaries as communist supporters.

In the Southern Tagalog region, a priest was on his way back to the convent from a meeting with the other members of the clergy when he noticed that a white vehicle was following him.

The incident prompted Father Puno, who is the director of the Ecology Ministry of the Diocese of Lucena, to take serious security precautions.

Earlier, a community leader, who is close to the priest, received a message. “Silence that priest because if you won’t make him stop, we will,” it read.

Since 2015, he’s been leading a region-wide movement against coal-fired power plants and coal mining projects. He said those behind the projects might have been behind the threats.

“There are people who are not happy with what we are doing. And they will do everything to stop us in this crusade for the protection of the environment,” he said.

In the southern Philippine province of Surigao del Sur, another Catholic priest has been subjected to vilification and red-tagging because of his work for the environment and indigenous peoples’ rights advocacy.

Online posters and tarpaulins in various public places with the name and photograph of Father Raymond Montero Ambray have been circulating.

In November 2020, the priest was among the 17 individuals who have been tagged by authorities as having links with the underground communist movement.

Other church workers who have been accused were two protestant bishops and a Catholic missionary sister.

“If the government cannot protect human rights defenders, we have no one to turn to but the people who can attest to the sincerity of our ministry,” said Fr. Ambray.

The priest said he’d been ignoring online memes and posters vilifying him “but when they printed it and displayed it in public, it was time to be alarmed.”

In May 2020, a poster with his photograph circulated online with his name and a description that says “deliverer of evil.”

Bishop Modesto Villasanta of the United Church of Christ in the Philippines, one of those “tagged,” said they were targeted because of their “ministry for the poor.”

“One thing in common with the people whose faces and names are on those posters is that we are all working and defending indigenous people’s rights,” said the Protestant bishop.

Bishop Villasanta said he fears for the lives of the human rights defenders because those who had been red-tagged in the past “ended up dead.”

In August 2020, Church worker Zara Alvarez was gunned down in Bacolod City in the central Philippines months after a poster with her photograph and name was displayed in public.

Bishop Gerardo Alminaza of San Carlos appealed to the public to “continue to speak because silence kills” as his diocese marked Alvarez’s first death anniversary on August 17.

As a tribute to Alvarez and those who have been killed, the prelate ordered the tolling of bells in all churches and chapels in the Diocese of San Carlos from August 9 to 17.

Bishop Alminaza said the list of people who have been summarily killed on the island of Negros “is filled with the selfless, generous, compassionate, hard-working, and courageous.”

In March 2019, 14 farmers who were tagged as members of the communist rebels were killed during the implementation of different search warrants in Negros Oriental.

Under the government’s anti-insurgency campaign, there were at least 123 cases of unsolved extrajudicial killings recorded in the Negros island.

“Each life taken was a precious gift from God, leaving parents, children, siblings, and communities to grieve their deaths. When we ring the bells to Stop The Killings, we ring them to remember the dead and console their loved ones,” said Bishop Alminaza.

“We also ring the bells to prick the conscience of those who kill, those who plot these sinister crimes against fellow Filipinos,” he added.

Bishop Alminaza said the tolling of bells is also a call for the hope that the public would “reflect on these despotic killings and become the defenders of human rights, the environment, and the dignity of life.”

“We must not be afraid to continue doing what is right.  We must grow and expand our ministries to build peace,” he said.

The prelate urged the Christian faithful to “stand in solidarity with the poor and exploited to address the structural and historic injustices that have caused the great economic disparity.”

The group Kalikasan People’s Network for the Environment documented 282 killings of environmental defenders since 2001.

At least 66 percent or 186 out of the 282 cases occurred under the administration of President Rodrigo Duterte.

The group also noted that for every one environmental defender killed, 124 more suffer from other types of human rights violations.

Among these include displacement, harassment, threats and intimidation, illegal arrests, and detention, among others.

The country ranked first and second in the world’s most dangerous place for environmental activists in 2018 and 2019, respectively, according to London-based watchdog Global Witness. 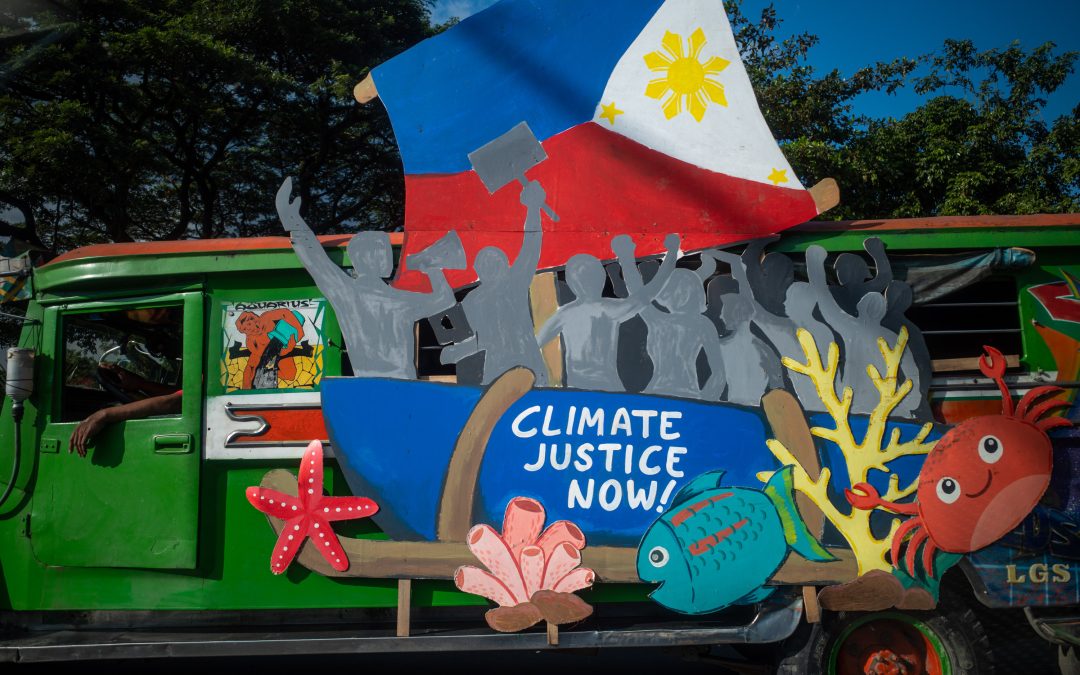 Who is the greenest presidentiable? (Part II)

Where do the six most prominent presidential candidates stand on the climate and environment agenda? 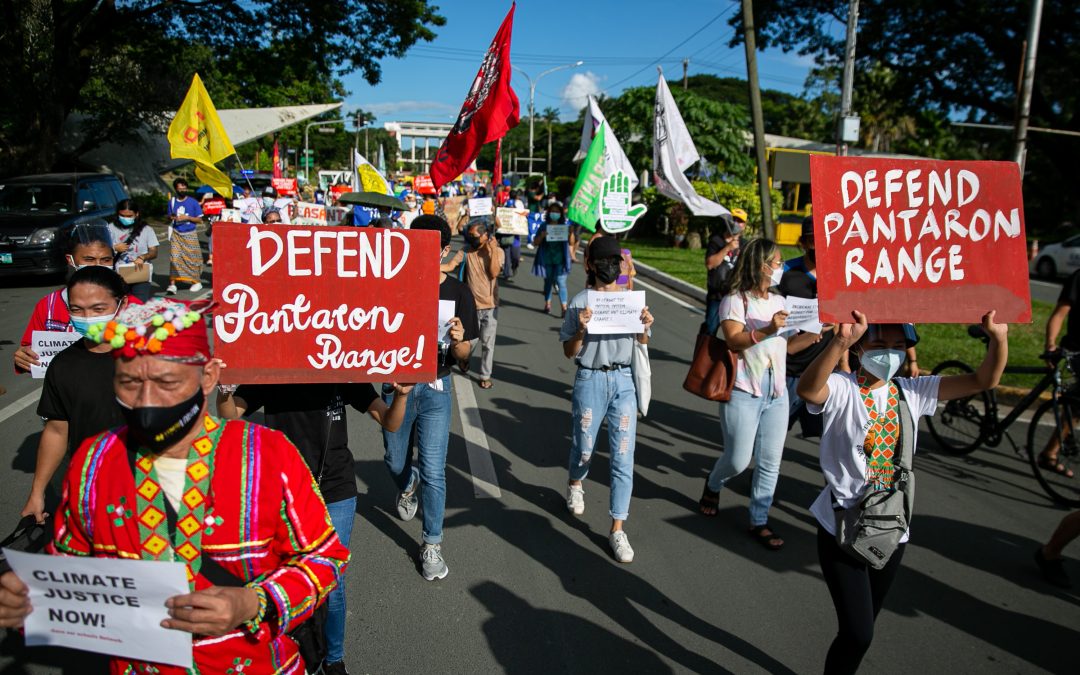 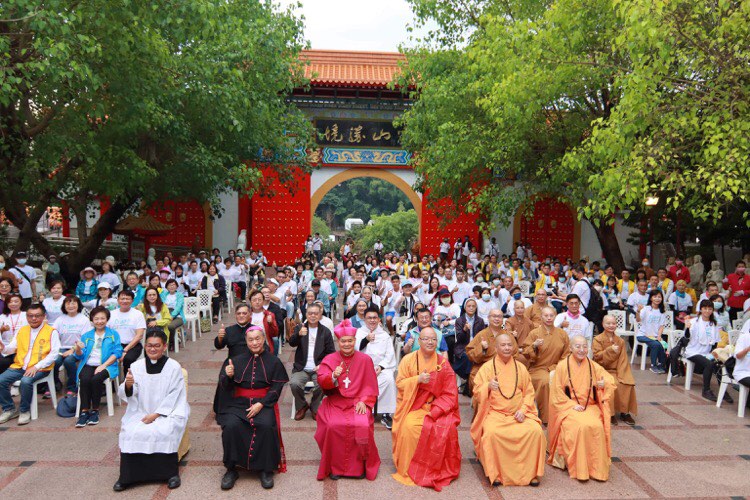